So I was reading at Shakesville, and ran into something that interested me greatly

Town Hall reports that Crist was speaking to a group of real estate agents, and credited prayer notes in the Western Wall in Jerusalem with preventing his state from being hit by hurricanes during his time as governor.

Crist told of how he visited the Wall in 2007, and placed a note saying: "Dear God, please protect our Florida from storms and other difficulties. Charlie."

Now, the way I see it, there are a few problems with this.

1) Some of those months aren't hurricane months. Praying for no hurricanes in January is like praying for no rain on the moon.
2) Suggesting that your prayer is the reason that God didn't send hurricanes is the utmost in arrogance. Perhaps God spared the people the hurricane despite being unimpressed with you. Or perhaps IT HAD NOTHING TO DO WITH YOU AT ALL! Sheesh.
3) "But when you pray, go into your room, close the door and pray to your Father, who is unseen. Then your Father, who sees what is done in secret, will reward you." Matthew 6:6.

Look, I have no trouble with the idea of praying to protect someone or somewhere. God knows I do it enough myself. But taking credit for everything going right then? Even suggesting it had to do with your prayers, blows my mind.

Of course, my God is not Crist's God. My God isn't some omnipotent, omniscient, spiteful, being in the sky. I shudder at the thought. What a horrible feeling it must be to wonder why God is mad at you every time something goes wrong! Or do they think that God is only spiteful to others, and that when bad things happen to them, it's because of Satan (whom, btw, I don't believe exists - I'm not even certain of evil, but that's another post)?

Reminds me of an Onion headline I love: "Little Boy Receives Answer to Prayer for Cancer Cure: God says, "No""

I came to a startling conclusion some time back. I tend to pray for things like grace, strength, courage, patience, healing, etc. I don't pray for stuff. Never tangibles. Anyway, I've discovered that when I ask for those types of things, I get presented with situations in which I can work on those things. So... I am not praying for strength any more. Seems that when I do, I get situations in which to be strong. No thanks. I'm going to pray for the grace to tastefully deal with my lottery winnings, and the patience to schedule my life around the demands of my many, many new friends. :)

Dammit Janet has the goods (via Dr. Dawg) on who to contact about appealing Alves' sentence.

A recap: Alves drugged, raped and beat a woman. The judge decided this didn't make him dangerous, and gave him a suspended sentence. 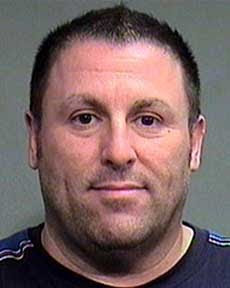 Don't accept a drink from this man. Instead, write a letter. A polite, firmly worded letter about why his sentence is completely unjust, and why it needs to be appealed.

I'm a big fan of compassion. Big fan. If the world could take a lesson from Scotland this week, it would be a Good Thing, indeed.

One of the Lockerbie hijackers bombers was released from prison because his death is imminent. Recognising that some people might be upset by this, the minister of justice said:

"Mr. al-Megrahi did not show his victims any comfort or compassion,… but that alone is not a reason for us to deny compassion to him and his family in his final days,... Our justice system demands that judgment be imposed but compassion be available. Our beliefs dictate that justice be served but mercy be shown."

Christianity demands this kind of compassion. If more Christians lived by these Christian values, we wouldn't be dealing with such an image problem!

And *SHAME* shame on the US for pressuring them not to let this man out of prison. Just how much do you like it when other governments start telling you what to do with your prisoners?!

I feel for the families of the victims. I really do. This must be tearing them up, knowing that he gets to spend his last minutes with his family, when he was the one who made it so that they couldn't. A horrible feeling for them, I'm sure. I'm rather certain I'd be livid about the situation myself. But the justice system isn't supposed to be revenge. There must be room for mercy. Not for him. But for his family. I know any one of those families would give anything for another minute with their loved ones. Giving this to his family is an act of mercy and compassion that brings me almost to tears.

This is just not my day!

I think I may just hang my head and cry.

Are you kidding me? What the hell difference does it make? SHE WAS 12! The absolute only reasons for making this a news story is to say, a) She deserved it; b) It was her fault; c) Somehow this makes it less of a crime; d) all of the above.

Okay, I want you to imagine for a second that a 12 year old boy is beaten, raped and left for dead in a schoolyard. Do you honestly think his sobriety would be called into question? Fuck no, it wouldn't.

Rape: A crime of opportunity

So let me get this straight: I can go to a bar, be drugged, beaten and raped by the bar owner, and he gets NO JAIL TIME in Canada. Furthermore, the judge will say it was a crime of opportunity and that the rapist is "not pathologically dangerous".

Let me make something clear: We need to be able to trust the bartenders. We have enough trouble watching our drinks from random assholes and our dates. This was a serious breech of trust. This is a VERY dangerous man.

Blaming the victim. Openly. Marriott hotels are NEVER getting my money.

From the article, "The hotel's court filing said the woman "failed to exercise due care for her own safety and the safety of her children and proper use of her senses and facilities.""

Israel and the United Church of Canada

I have a million things on my mind, as usual. But I suppose what's in the forefront lately is the United Church's 40th General Council. The way the UCC works is to send delegates from all over the country to vote on who the next Moderator should be (my kid Snap thinks this is HILARIOUS that our church has a moderator - she thinks it's a hoot that we're so wishywashy), and on resolutions that have made it from the churches, through the presbyteries and then through the conferences. These resolutions set the policy of the church as a whole. Some are controversial, some aren't. Oh, and unlike some other churches *coughCatholiccough* the UCC doesn't claim to be right. We just say what our opinion is.

This year, the big ones to hit the council (well, the big one in terms of interest from outside the church, anyway) are about peace in Israel and Palestine. I'm somewhat flabbergasted that these got through to General Council without revisions. They're... well, let's call it "troubling". In particular, I have issues with this:

Look, it's like this. That is some serious anti-semitism. Or at least semite-phobia. Good lord people, Israel has a right to exist, and the United Church has been saying so for years. Considering that fact, it should very much follow that any member of parliament, and indeed any Canadian, has the right to be affiliated with Israel.

Yeah, Israel has acted in a pretty shitty way. They're violating a number of human rights. They're violating Geneva Conventions. They're doing shitastic things of epic proportions. But guess what? So's our good friend the US. So are we. We're allowing our very own citizens to be tortured. We're refusing some of them their right to enter their own country. We're complicit in some serious shit in Afghanistan. Let he who is without sin cast the first stone and all that, right?

I also realize that if a small contingent of natives decided that Canada didn't have a legal claim to their land and started lobbing bombs at us, we'd rush in there and kick their asses. And we wouldn't be nice about it.

I'll be watching this with interest. I expect that the language will be toned down A LOT and the resolution will be softened to say very little more, if anything, than what was passed at GC38.

Ya know, it occurs to me that because of the history of the church in that area, that we are a lot more interested in Israel, and hold it up to a much higher standard than we do for the rest of the world. I mean, where are the resolutions on the Congo, Sudan, Nicaragua?

Links:
Rev. David Giuliano, moderator of the United Church of Canada's response to the controversy